What can happen when a group of residents all living in the same area don't properly dispose of their cooking oil and fat (along with nappies, wet wipes, and other things that don't belong in drains)? While a so-called fatberg isn't a common occurrence, it's worrying to think that such a monster could be developing under the streets right outside your home. OK, so hopefully you don't flush things that shouldn't be flushed, and yet do you properly dispose of your cooking oil and fat once they have been used? What can be the signs that this is becoming a problem? And what should you do instead of washing it all down your kitchen sink?

It might be that you regularly dispose of small amounts of cooking oil and fat into your kitchen sink without thinking twice. It might not seem like this could ever cause a major problem, and yet over time, remnants of these substances can accumulate in your pipes, resulting in blocked drains. Even if they go into the sink in a liquid form, there is the possibility that they can congeal while still in your home's drainage system. Theoretically, they could contribute to a local fatberg, and yet you should be more concerned about your home's plumbing.

Blocked drains as a result of congealed cooking oil and fat can become noticeable when the drainage of the sink in question seems to be occurring at a slower speed. You might think that you can simply flush the sink with boiling water, and yet the water might have lost its necessary heat before reaching the cause of the problem. Chemical drain cleaners might be effective, and yet if you have been disposing of oil and fat into the sink for a number of years, you might wish to call a plumber, particularly if the blockage seems to be quickly increasing in severity. Chemicals might not be enough, and a plumber will need to clean the pipes and possibly extract the accumulated fat. So how can you stop this from happening again?

Used cooking oil and fat belong in your rubbish bin, instead of in your drains. Once the substance has cooled, pour it into a sealable container (such as a jar with a lid) and place it in your household rubbish. Wipe the pan with a paper towel to get rid of excess grease as well. Making this a regular habit will prevent your drains from becoming blocked by cooking oil and fat.

So while a fatberg can be an unpleasant thought, you also need to stop cooking oil and grease affecting your drains closer to home. 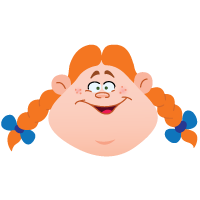